September 14, 2019
On Friday, August 2, I woke up out of a dead sleep at 1:30 a.m. with severe chest pain that radiated between my shoulder blades, shortness of breath and indigestion. At the time, we thought nothing of it since I had been having mid-back/shoulder pain and spasms for months. After 30 minutes, we were able to calm the symptoms and I returned to bed. The next day, I woke up feeling pretty good, so I got ready for our adventure to the Cities.

On the drive up, I started feeling some tightness in my chest, discomfort right below my sternum and pain/tightness in my mid-back. I took some Aleve and carried on. We spent most of the day walking around and sitting in some hot temps; I did my best to drink plenty of water. As time went on, I started feeling worse and I became quite lethargic. We stopped at the Mall of America for some dinner before continuing to the Twins game.

I felt like dinner helped a bit, but then it was like I had suddenly been hit by a Mack truck. It was hard even to straighten up to walk and the pain was sharp. My breath was very short at this point and I could have crawled out of my skin on the train ride to the game. I prayed for each stop to quickly arrive because I wasn’t sure what was going to happen. I was so nauseous. The train ride to Target Field was about 30 minutes. When we arrived, I remember turning to Dan and saying, “I am not okay,” but I didn’t want to ruin the night for everyone, so we carried on. I sent Dan and the kids to the seats and stopped at the restroom. It was at this point I knew something was very wrong. My heart was racing, it was beating irregularly and I was becoming lightheaded. All I wanted to do was lay down. I tried to sit with Dan and the kids, but I was just so uncomfortable that I went back up to the top. As I was walking around, I almost passed out, so I asked for a staff member to direct me to the first aid station.

Thanks to a great medical team on-site, we learned that my blood pressure was high; I was throwing premature ventricular contractions (PVCs) and experiencing tachycardia. I am so grateful Dan was by my side because I was terrified. I couldn’t believe at the age of 32 I was earning my first ambulance ride and experience with nitro (in another state at that). After the second dose of nitro, my symptoms started to improve, and my blood pressure started to come back down.

When we arrived at the ER, they hooked me up to machines and drew blood. It felt like an eternity before someone came to talk to us, but we finally received the good news: I didn’t have a heart attack, but my white blood cell count was high and a bit concerning. With a little time in the ER, my symptoms improved and I was discharged so we could head home. I was instructed to follow up with my doctor back home as soon as possible.

After a very long weekend, I went to the doctor. This visit opened the flood gate of testing. We were able to rule out the big players and common pathologies, but I was not prepared for the week ahead. I could hardly walk across the house without being out of breath and lightheaded. I couldn’t handle the same foods I was eating before the event. The constant palpitations, hard heartbeats and dizzy spells were unsettling. There were times I was even afraid to go to sleep. But the week passed, my condition improved and I was able to return to work.

My symptoms continued to make a daily appearance, so I started keeping a journal. A month passed, and it was time for my follow up with my doctor. As she put it, we now have time and consistent symptoms on our side. The next step was to rule out all cardiac-related pathologies. And I am so happy to report that my heart is healthy and that my symptoms — even though they involve my heart — are not being caused by a cardiac issue. Now we will explore issues related to eating and digestion. My next series of tests are scheduled for this coming Monday.

In the meantime, we have learned some key things that help me manage my symptoms. While eating, in general, seems to trigger the heart palpitations and dizzy spells, some foods seem to make it worse. One of those foods is salt. I have found that consuming over 250-300 mg of sodium during a meal is about all I can handle. Anything over that makes the palpitations even more intense and my heart beats so hard it feels like it is pounding out of my chest. This issue with sodium has opened our eyes. Dan and I spent hours in the grocery store looking at food labels and revising our meal plans. I honestly did not realize just how many foods have sodium and the sheer amount of sodium in some foods – foods you would not even expect to have sodium!

Today’s grocery shopping adventure threw me for a loop when I learned that FROZEN veggies have sodium! And I am not talking about a trace amount. I am talking about 50-120 mg per serving. That’s CRAZY! I was also taken aback to see that some “fresh” meats have sodium added to them, like chicken breast. Frozen chicken has more sodium than "fresh." I also looked at soy sauce to see just how much sodium it has. WOW! It adds up quickly, folks.

Let’s talk about how sodium affects the body. On average, Americans eat more than 3,400 mg of sodium every day. More than 70 percent of the sodium Americans eat comes from packaged, prepared and restaurant foods — not the saltshaker — which doesn’t surprise me. The body needs less than 500 mg per day to function properly. Sodium is an essential part of your nutrition but consuming more than the American Heart Association’s ideal daily recommended limit of 1,500 mg can lead to a variety of health issues. Excessive sodium intake can lead to chronic high blood pressure, known as hypertension. It can increase the risk of kidney stones and kidney disease. It can even increase your risk of stomach cancer. High levels of sodium compete with bone-building calcium in the kidneys, which can result in osteoporosis.

One of the easiest ways to control excess sodium is to focus on eating fresh, unprocessed fruits, vegetables, meats and whole grains while incorporating a daily fitness routine (you need to sweat).

I challenge you to track your sodium intake for one week or even just one day to see how much you consume. You may be surprised! (P.S. If you eat at Texas Roadhouse one of those days, you will be shocked!)

Popular posts from this blog

Reflecting on my time at SNHU

May 16, 2021
As I sit here binge-watching Jane the Virgin , it feels like the right time to post the reflection I submitted for my English and creative writing capstone course.
Post a Comment
Read more

November 10, 2020
Tonight we unboxed the boys' pawTree pawBox LIVE on Facebook. It was not our best video, but it was our first. We will do it again in a couple of months and make sure the quality is better. I promised a variety of information throughout the live. First, here are the boys' pages: Brody (Senior): https://bit.ly/3jjTbGo Louie (Adult): https://bit.ly/2Takt7a Ollie (Puppy): https://bit.ly/2IGjCsV Second, here is the pawTree® Promise. Finally, here are the products in our pawBox and links to the product page. Freeze-Dried Turkey, Sweet Potato, Green Beans & Cranberries Dental Sticks - Small Joint Support Plus, Small Chews for Dogs Surprise Me! Seasonings Real Chicken & Oatmeal Recipe (Regular 10.3 lb. bag) Sticky Bone Green Was totally wrong about the price, by the way! Oops! 😊 So, that is everything, folks! If you have any questions, do not hesitate to reach out. Email me at jen@thejenuinelife.com or message us on Facebook . —Jen, Brody, Louie + Ollie
Post a Comment
Read more

SNEAK PEEK of my new manuscript!

May 16, 2021
A Second Chance Written by Jen Ekblad Property of Jenuine Enterprises LLC Chapter 1 Kate is a planner. She doesn’t like surprises. In fact, on her seventh birthday, when her parents surprised her with a trip to Disneyland, she locked herself in her bedroom and refused to come out. In the fifth grade, when the teacher changed her seating assignment, which meant she no longer sat by her best friend, Alicia, Kate refused to move. And, even into her young adult years, Kate insisted that the nurse count down from three and administer the shot precisely after the final count of “one.” Growing up, Kate spent more time with her nanny than her parents, who divorced when she was ten—their divorce was surprisingly a relief to Kate. But as she watched her mom struggle to find her purpose in life, Kate vowed that she would never place her purpose in that of a man. Needless to say, she set the bar so high that no man could meet her standard until her senior year at college. * * * “Off to class a
Post a Comment
Read more

I believe with all of my heart that my purpose in life is to serve as a platform that raises others up in health and happiness. 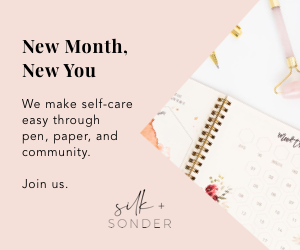